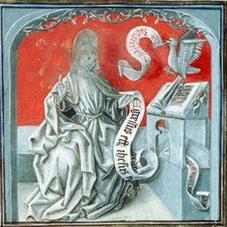 After a homepage ultimately fairly standard, it is now entering the heart of the sign unconscious. The words, "mysterious passing of the soul" for Victor Hugo, "know us things we do not know them" according to the intuition of René Char.
Victor Hugo, always him, said: "What the human race since the beginning of time? This is a reader. Has long spelled, spelled it yet, it soon will read".
The Princes of this world with the help of the clergy - the alliance of the sword and brush - would they not removed the Signs of Language Originelle they replaced with words to sounds foolish to insinuate the fear and the threat needed to maintain their place in the hierarchy and preserve their physical assets? Ambition of this site is to be born a descendant re-evolution of the Secret Language (or become secret?), And initiate the reader to his particular reading. Everything was in prehistoric art succeeds all modern writing is that it does not need to change focus, or any Letter to decipher the language of the unconscious.
For modern linguistic science, the word conscious is a verbal sign "cia", that is to say conventional unmotivated and arbitrary.
This sign language conscious, whose sounds would not have meaning, comes from the Broca's language left cerebral hemisphere: should we not ridicule this dominance by calling it a "disaster"! The word conscious would it not human,  "mort" (death) without having the r! And it is not the W of "Wort" German with this inverse M that could deny! The etymon of the word is in Latin curassow would come to an onomatopoeia / mut / designating the human voice in the seventeenth century, in the expression uttering a word, you can substitute the word negation "not"! Lacan associates the word "what is silent." The word is it associated with its opposite, silence, or the silence of death. But the onomatopoeic / mut / word of the word is precisely the term that designates death in ancient Hebrew. Josette Larue-Tondeur hypothesizes that the Collective Unconscious went searching this Hebrew root denoting death to assign the word! In addition, she writes, "it existed prior to the biblical Genesis god of Death called Mot (Eliade, 1976, p. 170)."

Ing the word at any time and all the time. "Words! Words! Were burned in the name of charity, was guillotined in the name of brotherhood! The theater of human things, the poster is almost always the opposite of the room, "ironically the Goncourt brothers. O freedom crimes are committed in thy name!
In our modern language, if the word, phoneme string, is perceived by our two brains, from which the sounds that form? These sounds are not born by spontaneous generation as noted Anatole France: "Think about it, a métaphysien has to build the system of the world, perfected the art monkeys and dogs. Deep speculation What he calls and transcendental method is to butt in an arbitrary order, onomatopoeia screaming hunger, fear, and love in the primitive forests and to which are attached gradually grows abstract meanings that only when they are released. " Later, Carl Gustav Jung adds: "If it is abstract, philosophical system therefore represents, in its means and its ends, an ingenious combination of primaries.'s First cries and onomatopoeia homo erectus were emotional alarm signals internally or externally, then advanced to establish a proto-language, first language charged with meaning. It persists in the French lexicon a large number of words and onomatopoeia onomatopoeic. But this has yet escaped the linguist, onomatopoeia assemblies are already two or three units sensible unconscious!
The official language is wrong and misleads us by excluding the referent, the object designated by the word, cutting conscious language elements of Nature, while their stimuli come into us through our Sense Organs (by almost all pores ) that transformed into mixed messages whose synaesthetic Beauty, Harmony and Correspondence are not immune to the right hemisphere of the painter or poet.
Nature is a temple where living pillars
Let forth at times confused lyrics;
Man passes there through forests of symbols
Who observe him with familiar glances
Like long echoes far merge
In a dark and profound unity,
Vast as the night and as the light,
Perfumes, colors and sounds answer.
Charles Baudelaire

"It is a sad thing to think that nature speaks and mankind does not listen" indignant Victor Hugo. But to grasp the meaning of these confused and Lyrics penetrate the forests of these symbols, you must agree to do for Little Kids learn to read a language of the unconscious whose signs are hidden in our words aware that as the Plato affirmed by the voice of Cratylus Paintings are many things, Symbols. Word of the Gospel of Matthew finds its full justification: "Enter by the narrow door", a door that previously hardly anyone has soupsçonné existence. Discover this path is a playful exercise in the scope of a 10 year old child, but sometimes we do not perceive that puts out our eyes and ears, blind and deaf that we are conditioning the school learning language, a syllable ba ba misleading!
You are therefore invited to leave your false certainties and backtrack to the language of the unconscious, the depths of a Sacred Language or Language of the Birds, as it first listens emphasizing the resonance of words and forgetting the syllabic enunciation dissembling.
The last word sounds will be the first to read the first and last sounds, about the Sacred Alphabet, he should recite the Z as Zeus First Letter A 26th the capital of Eternity (Aeternitas in Latin) , that of the Giant Atlas carrying the Earth and the head of the man! (Atlas is the name of the first cervical vertebra) through Letter median 13, N of life, a kind of hieroglyph whose jambs suggest two opposite phases ascending and descending inspiratory and expiratory, a letter verticalizing the horizontal Z.
Words, signs "cia" consist of phonetic units or literal, secret agents unconscious semantic double hidden whose existence has hitherto escaped the awareness of the subject. No doubt some women who are described as witches had their intuition deceleration some elements of this Code, they were burned at the stake by the Catholic clergy, especially from the Bull of Innocent VIII (1484) who introduced witchcraft trials in the Holy Roman Empire where the witch hunt already in full swing, a true genocide to preserve their grip on the power of the Word.
Despite this somewhat esoteric terminology, the language of the unconscious reveals itself very simple. A hundred units in both senses and an alphabet in which each letter "isolated" has three meanings, that is the whole lexicon of language of the unconscious! Nothing to do with a dictionary of words and yet aware are formed only unconscious of these units that give them their direction! These characteristics explain that knowing the code reading, it is possible to have a triple reading our words as insiders Egyptian hieroglyphics practiced according to Heraclitus with reading "talking", "figurative" and "sacred secret" .
To get an idea of the interest and the revolution is the discovery of the code of the unconscious, just give (abruptly) one example of reading paths it opens such that the word "biped "For the human species.
First conscious reading, "talking" as Heraclitus
The usual conventional reading helps us understand the concerns a bipedal animal that walks on two feet. The French people know that pedibus is walking and Latinist states that the suffix-Pede drift pes, pedis, foot, that with the prefix bi = two states that the biped has two.
Second reading unconscious "figurative"
The meaning biped transcribed ed ~ ip ~ b is the mind directs the clip ends (the notion of pliers is not absent of conscious language which clearly popular "go to clips" and meaning "ripaton" confirms the existence of this clamp ip to symbolize the foot.
(Note that the letter b, one of the two senses is sensitive end corresponds to the Egyptian hieroglyph representing a foot)
3rd reading unconscious, hidden "sacred":
Biped: ed ~ ip ~ B is transcribed "towards the entry of the Word", which announces our other Destin Homo erectus, which allows him to take his foot!